A teddy bear sits on a table next to the casket containing the remains of an abandoned newborn baby in preparation for funeral and burial services at Glueckert Funeral Home in Arlington Heights, Illinois, United States, June 19, 2015. More than a year after he was found dead in a plastic shopping bag on a Chicago sidewalk, the baby boy was buried by a non-profit group "Rest in His Arms" after being abandoned by his teenage mother, who is charged with murder. REUTERS/Jim Young 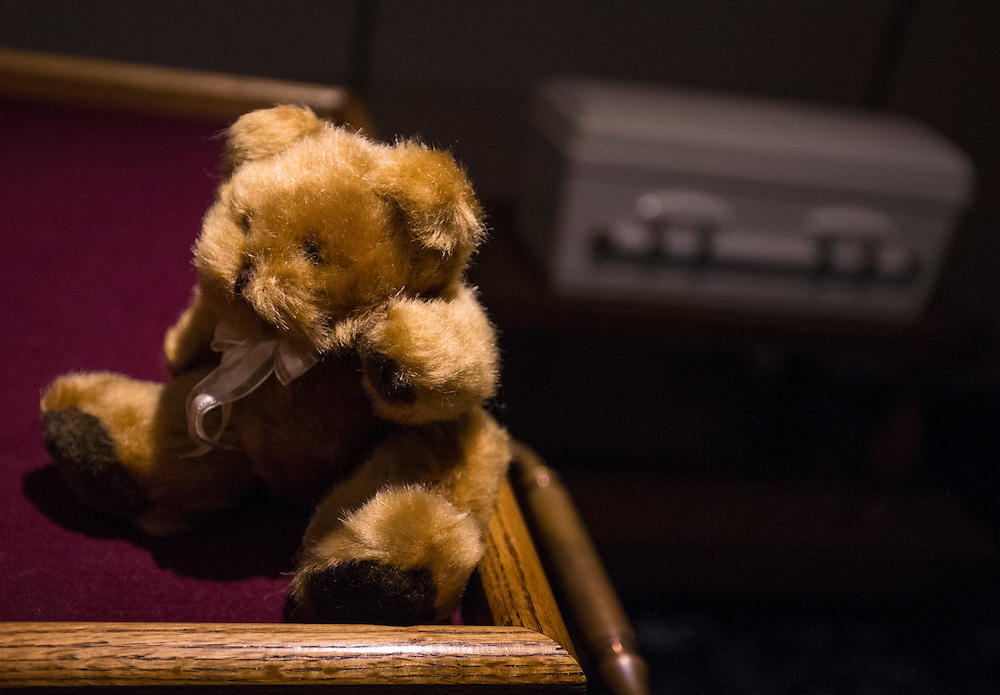