Police officers block a street during rioting after a grand jury returned no indictment in the shooting of Michael Brown in Ferguson, Missouri, early November 25, 2014. Gunshots were heard and bottles were thrown as anger rippled through a crowd outside the Ferguson Police Department in suburban St. Louis after authorities on Monday announced that a grand jury voted not to indict a white officer in the August shooting death of an unarmed black teen. REUTERS/Jim Young 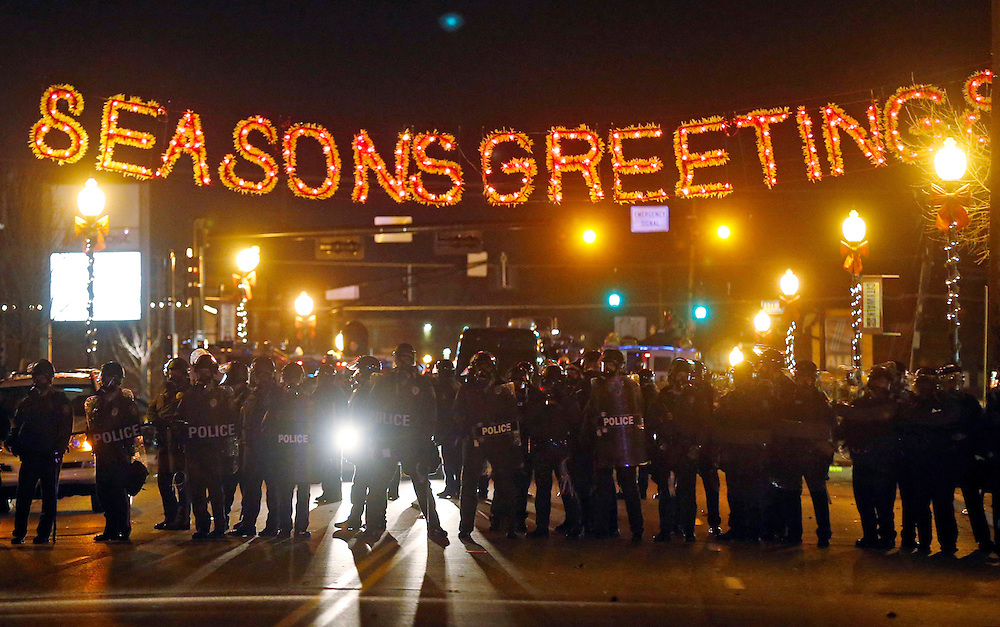