Diamond Trusty cries in grief over the death of her cousin, 7-year-old Amari Brown in Chicago, Illinois, United States, July 5, 2015. Extra police patrols and long shifts were not enough to prevent nine deaths and about 50 injuries from gun violence in Chicago over the Fourth of July weekend, when homicides jump almost every year. Chicago, with 2.7 million people, is the most violent large city in the United States, with poverty, segregation, dozens of small street gangs, and a pervasive gun culture all contributing to the problem. REUTERS/Jim Young 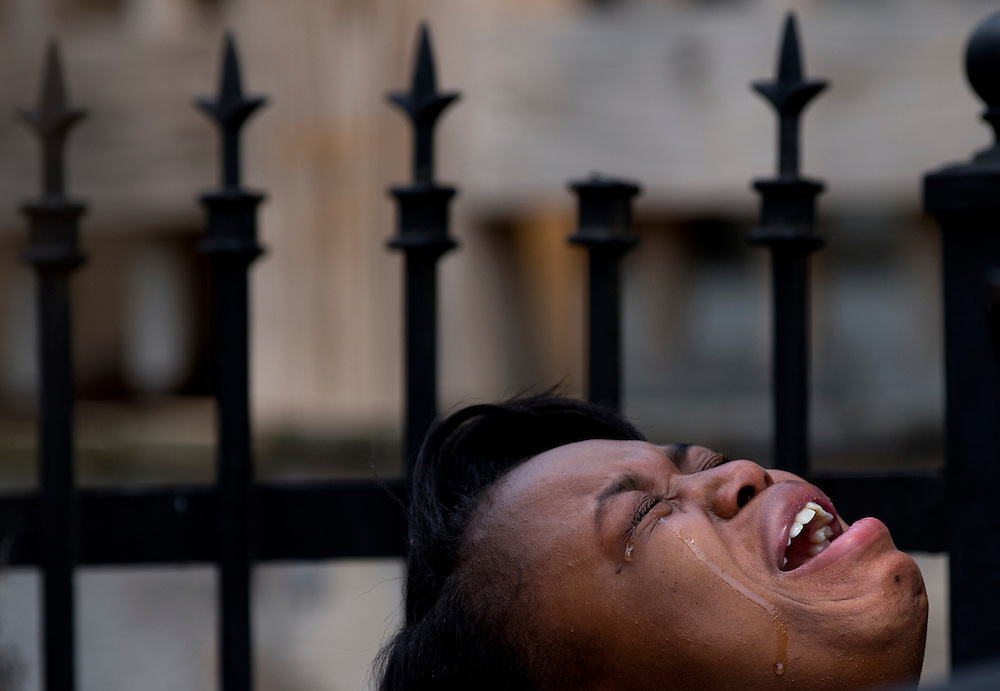