Glueckert Funeral Home Funeral Director John Glueckert lifts the casket containing the remains of an abandoned newborn baby on to a table in preparation for funeral and burial services in Arlington Heights, Illinois, United States, June 19, 2015. More than a year after he was found dead in a plastic shopping bag on a Chicago sidewalk, the baby boy was buried by a non-profit group "Rest in His Arms" after being abandoned by his teenage mother, who is charged with murder. REUTERS/Jim Young 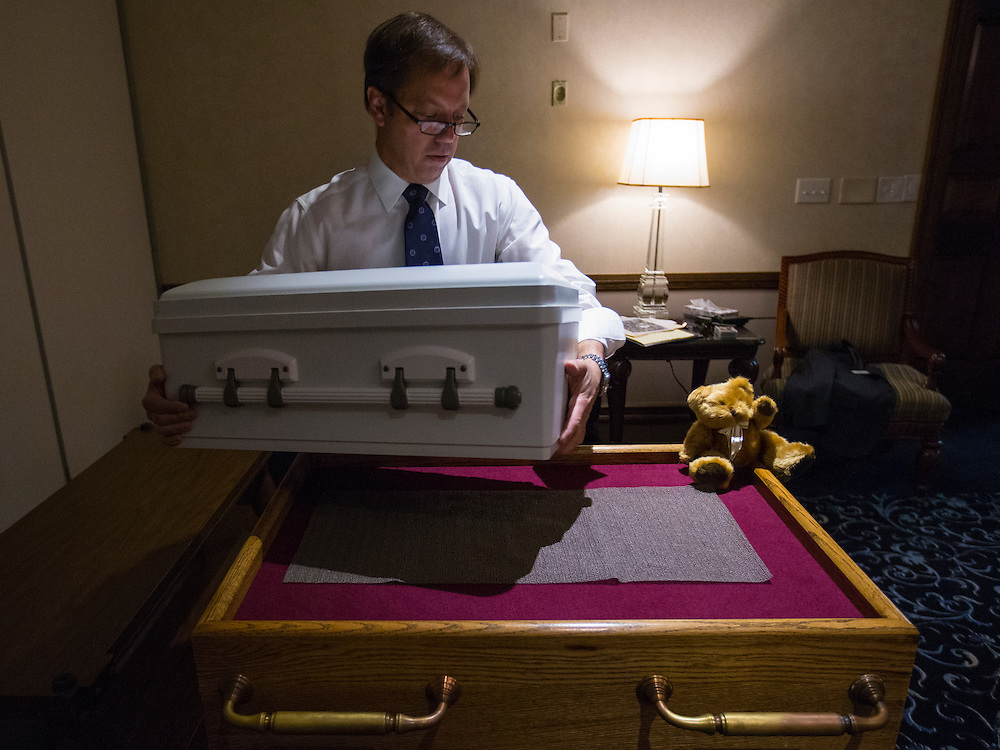